in English translates to… 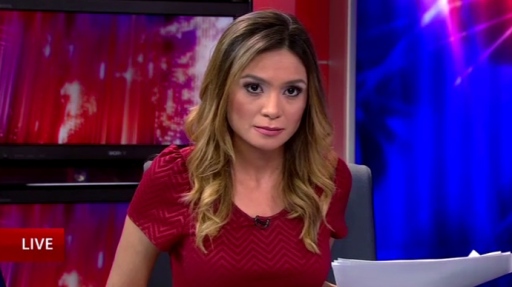 Given this week’s recent events in journalism amid controversy between Ukraine, Russia, and the United States, the above quote certainly bears truth and relevance.  The RT News network, formerly ‘Russia Today’, ignited quite the media frenzy on Monday 3 March 2014 when broadcast Journalist Abby Martin spoke from her heart in opposition to “…Russia’s military occupation of Crimea…” Martin went on to state Russia was wrong.  This segment sparked much media attention given the ongoing situation involving the three countries, but most notably because RT-News is funded by the Russian government.

On the heels of Abby Martin’s principled stance against military occupation of any sovereign nation, RT-News anchor Liz Wahl resigned her position live on air during her closing segment this past Wednesday 3/5/14.

During an interview later that evening with Journalist Anderson Cooper of CNN, Wahl stated one of the reasons for leaving the network was due to editorial bias that is alleged to promote an anti-America, pro-Russia message.  Liz Wahl went on to specify the interview she conducted with Ron Paul earlier that day was censored.  Wahl claims to have asked the now retired Congressman how he felt about “Russia’s invasion of Crimea.”  According to the former RT-News anchor, this question never made it to air.  This has since then prompted the retired Congressman to release a video statement from The Ron Paul Channel.  Paul states “I was quite satisfied with the interview.”  Paul’s account of the interview is in contradiction with Wahl’s.

Ron Paul also contends that his history with RT-News as an on air guest has always been fair and this experience came across as good as any other he’s done with the network.  Liz Wahl’s resignation comes after a career of two-and-a-half years with RT-News.

Edit: 3/7/14 6:09PM:  It’s worth noting that other than the word of Liz Wahl and Ron Paul, and aside from taking a look into past RT-News coverage & interviews, there currently isn’t any additional concrete evidence publicly available to support either claim.

Personally from my perspective, the past 5 days specifically concerning media coverage in Ukraine has been very difficult to decipher.  Last weekend the West was reporting Russia to have invaded Crimea.  Counter to that was a news report by former RT-News anchor, 2/28/14, featuring Wahl’s guest Brian Becker who spoke of a treaty Ukraine has had in place with Russia to protect Ukraine.  In light of these conflicting reports, I was planning to write an entry on journalistic integrity.  Though delayed by the drama that has unfolded at RT-News this week, I still plan to publish my analysis on what I see as “Media Warfare.”