Seasons greetings everyone! I’m not exactly sure where most of you are on this 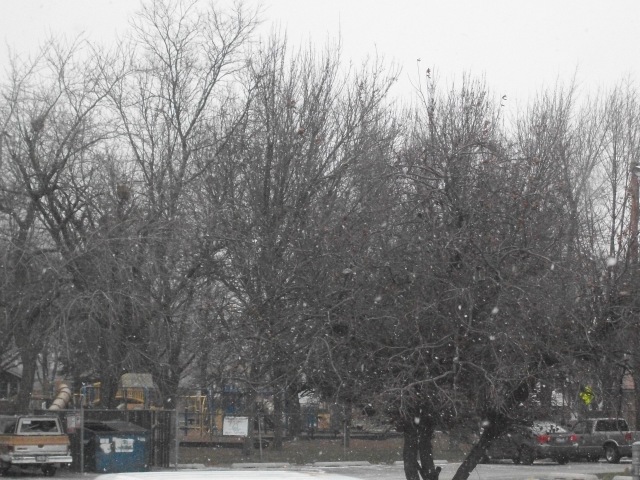 A Wintery sky full of Fresh of Hope & Prosperity.

wonderful- 1st day of December 2010, but I reside in the beautiful city of blues, Chicago.  However, on a day like today, there is no reason to sing the blues, for today is the 1st of December.

Now many may wonder “Geez Lorenzo, what’s so great about December 1, 2010?” Well ladies and gentleman, through my perception, the 1st of December represents a breath of fresh winter’s air is on the horizon.  And of course fresh air breeds the idea of new hopes and prosperity along that very horizon.  A new year of innovation is right around the corner. New concepts! In a matter of fact, it was 55 years ago today-the late Rosa Parks inadvertently made history in Montgomery, Alabama. When the exhausted seamstress, Rosa Parks, refused to give up her seat to a Caucasian passenger while riding a public bus, this paved the way for new civil rights laws we all enjoy today as proud Americans.  I mean can you believe that 55 years ago, if you were on a public bus, and weren’t Caucasian, you weren’t allowed the very option of riding in the front of the bus, but forced to the rear?  If the rear was filled up, and a Caucasian passenger needed a seat, you were forced to give up your seat if you were a minority.  It’s incredible that this was only 55 years ago.  Now look at us today, December 1, 2010, we have a U.S. President who has an ethnic heritage of African/Irish (Caucasian). I surely look forward to the days when there may just be a United States of America that won’t even think twice about what an elected official’s ethnic background consist of, but rather, that individual’s policies.  Reaching that height of civil progress may or may not happen in our lifetimes, but to progress as far as we have thus far, is truly amazing.  Today, I’m adding another good read to my list of engaging literature, titled “The Soul of Black Folk“, by W.E.B. Dubois. It’s a very good read, and very insightful on a much different U.S.A.

"I love the change of seasons. It's one of my favorite reasons to live in the midwest."

So, I return the focus to the current times.  It’s a new day.  There are several concepts and ideas out there which have not been reached or discovered, but many are in sight! When I woke up to a white sky, dropping an endless trail of snowflakes this morning, I really felt great!  Of course, many of us think to the rain as an enormous shower head for the Earth, only to clean itself whole; to start anew.  It should come to no surprise that I think the same of snow, considering it’s just frozen water.

Everyone, 2010 has just about come to a close.  As we approach 2011 in approximately 30 days, if you haven’t done so already, I would highly suggest creating a list of goals for the upcoming year.  Having a plan in place is far better than having absolutely no sense of direction at all. Personally, I tend to draft a new budget, make plans on social events I may have interests in, and I always set a timetable.  Now my life is not, by any means by the book, nor is it followed to a tee of goals listed, but the list I create for myself definitely serves as a guide for what direction I need to take.  So while the Earth is in shower mode, waiting to become refreshed and replenished, I’ll do my part by preparing my own mind to be refreshed and replenished with new thoughts and new energy!

A Wintery sky full of Fresh of Hope & Prosperity.

2 Responses to A Fresh December’s Day